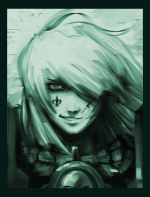 These answers are directly from members of the game design team themselves, they did not always have time to fully justify their explanations and there is none of my opinions stated below unless otherwise written. Please do not bust my chops if you don't like the official line - it's not my fault or problem!

Iridium Armour
Reduces our jet pack assault move from 2D6 to 1D6 which is then affected by external modifiers as appropriate.

Our Target Lock removal should be replaced with it providing the Split Fire rule.

The above should be FAQed imminently, apparently.

I was asked by a fellow ATT member to field the following Skyray Qs:

1. Does hitting flying Monstrous creatures with a markerlight cause a grounded test.
2. Can seekers be launched at flyers at BS5 in response to a marker hit (it's been hinted towards but would be nice to have it expressed for sure in the FAQ).
3. Do markerlights launched in overwatch have any affect? (can they be used to remove cover if they are networked or do they stay on the unit until the next tau shooting phase)
4. Is the skyray intended to have the skyfire rule?
The answers were not exactly what us Tau players were hoping for, but see my mention of codicies further down:
1. Yes.
2. No.
3. Can only lower cover save if applicable, has to be networked markerlight for firing unit to benefit.
4. No.

Karandras' Stealth rule is indeed the Stealth USR (grats, Mercury14!); the mention of Scorpions in brackets is just an example and the rule is indeed conferred to any unit he can join.

Power weapons can only be chosen by the player if a unit's FAQ, codex entry and army list entry fail to specify a type. See the Banshee example above. (I assume that this is because previous editions of 40k didn't differenciate between types of power weapons, just allowed them to ignore armour so whatever weapon the model had was purely cosmetic and this is no longer the case.)

The Character trait for a troop type is only applicable if that model is leading a unit. I specifically asked about the SW's Wolf Guard rulebook entry at the back and the official line was that you cannot have a unit of characters, only the leading model is considered to have that trait. So in the case of Wolf Guard, they are only a character when used as a Pack Leader, but this restriction applies to any unit with the (Ch) suffix in the rulebook. (I have no idea why GK Paladins are listed as characters, I didn't think to ask at the time.)

No units have access to flakk missiles at present. The ammo type has been listed in the rulebook with the intention of being assigned via future codicies.

Simon Grant (with Jervis Johnson sat next to him) stated that while his team and other internal GW staff are extremely limited by corporate policy when it comes to updating existing GW units, Forgeworld are not so much when it comes to theirs. "...[Forgeworld] are allowed to bend the rules but we are not." were his exact words, which would explain the lack of AA/skyfire FAQ/rules for the Tau Skyray, for example, but Forgeworld's own units have updated FAQs (like the Eldar Firestorm). Simon then went on to say that his team have been giving a big push to codex development recently, to the point where a lot are almost ready to go ("We have books that we have read but you guys haven't seen yet" were his exact words) and should start to be released "very soon" with more releases every 2-3 months thereafter.