via Kirby from 3++ (check out his new forums here 3++ Forums)
Been informed there are some Eldar boxes floating around warehouses. How long they get sat on before a codex is released though, who knows. I'm going to guess around a year off. We know CSM are next and then Dark Angels with the Hobbit crashing into scenes December, that could push DA back to early 2013. So mid 2013 is the likely bet for Eldar is something doesn't shove them out of the way.

Here's what I've been told re: boxes. No rules.

plastic Warpspiders/Everguard
plastic Skycharriots/Shining Spears
plastic Phantomwaechter - these might be the shadow spectres?
plastic Jetbikes
plastic Wraithguard/Cataphracts
plastic flyer combi-kit - The flyer is pretty large and has a crossbow shape, two canopies, one fin. The main variant on the cover has some lances and a large dorsal distort cannon. The other variant has extra downward/sideway thrusters, but I don’t remember if it has a different weapon loadout.
plastic phoenix lord niadhau - For Shining Spears, appears to be on a Vyper jetbike.
plastic webway gate
resin box Avatar
resin Black Warden - The Black Warden looks like an female Autarch. She has a shurikencatapult and a feathered guardian helm with an eye on it.
resin Dire Avenger Xentarch - Appears to be a new English name for Exarch?
resin Howling Banshee Xentarch
resin Fire Dragon Xentarch
resin Striking Scorpion Xentarch
resin box Dragon Riders
resin box Eldritch Raiders - They look like guardians but have no helms and wear scarfs around the lower head and swashbuckle belts. They are very individually equipped, have all sorts blades, pistols and/or rifles. (potentially Storm Guardians?)
resin box Halcones Cazadores
resin Warlock
_________________
Be rancio, my friend...

Lo siento no me he podido aguantar. 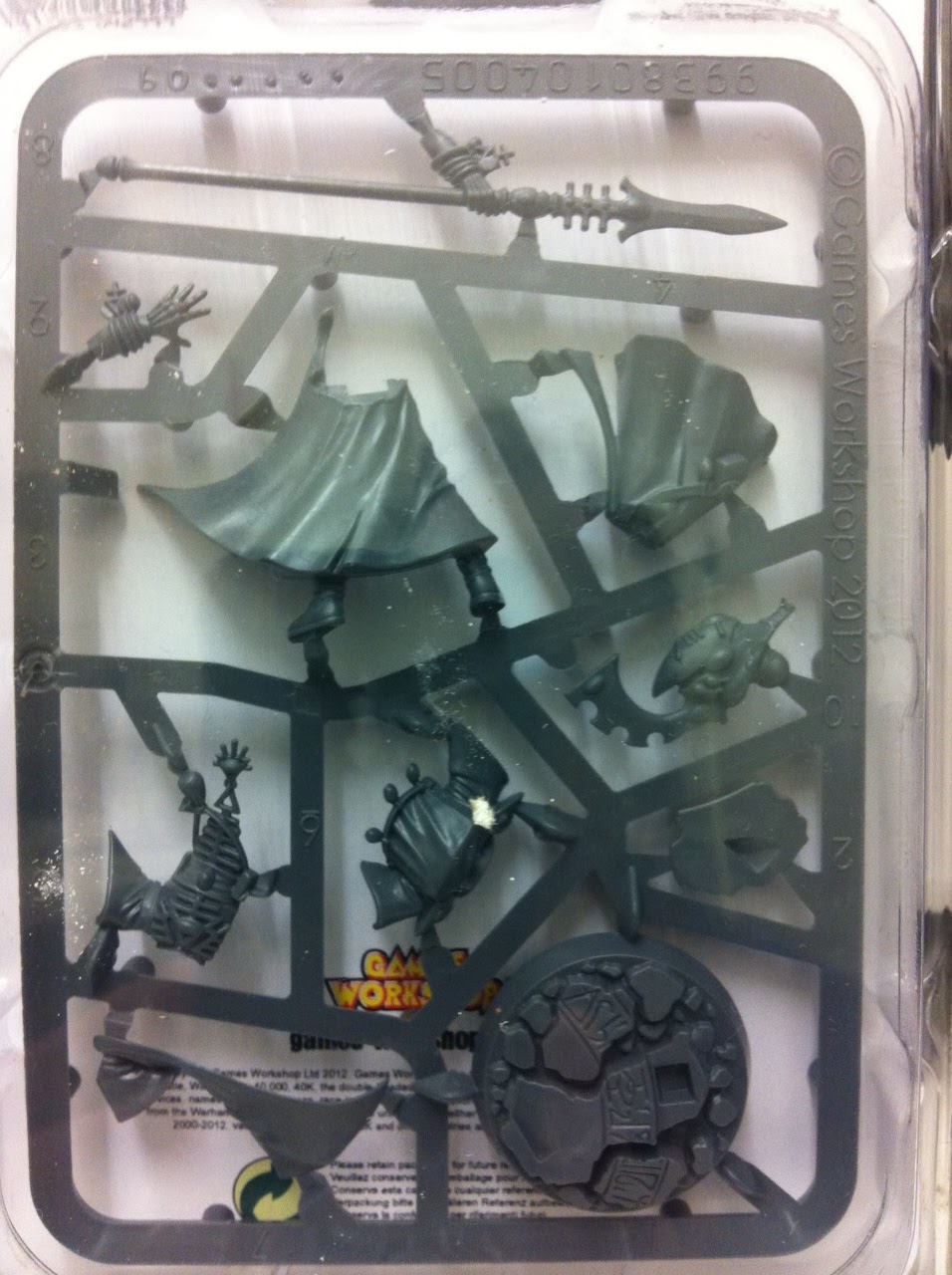 via an anonymous source from the Faeit 212 inbox
Eldar are indeed coming.

Path system has been revamped. Autarchs take paths that are now fixed in point cost (before they became more expensive the more you took) but do not make their aspect troops.

Instead it allows corresponding aspects to be taken as compulsory troops.

Ergo, the Path of the Striking Scorpions would allow you to take up to two striking scorpions as troops.

Guardians are a lot cheaper and have more options for special weapons.

And lots of new goodies.

If tau are the long range shooting army, eldar are a mix with potential units in short, mid and long range

Long range comes almost exclusively from heavy support, however so you need to create a mix it seems.

Aspects are still hyper focused and saw a very small decrease in points except fire dragons.

via Stickmonkey from the Faeit 212 inbox
Stickmonkey here again, Fwiw, I reported this along time ago so im not sure how valid it still is.

Eldar were supposedly getting the following:

New tank chassis, 2 builds, between falcon and cobra in size, one build had transport capacity and some type of melta or flame based weapon (fusion cannon iirc) the other build was essentially a flakk cannon, but not the same as the fw firestorm, bigger tl guns.

Wraithguard get a plastic box with new weapon variants. Lots of rumors of dial build, but nothing i've heard enough of to know what's true.

However, it seems to be a trend not to release too many rehash boxes. If we got wraithguard, jetbikes, and an avatar all in this release, well Ill be broke and need new shorts.

Rumors have pointed to a new farseer model, and thats all but confirmed by your recent post.

The bomber and fighter do not share a box from everything I've heard. The fighter is "very" similar to the nightwing, except for the wing shape. One of the two is rumored to use some form of distortion weapon, be it bomb or missiles i dont know.

Rumors of a new aspect exist, the word i've heard is this has something to do with wraith constructs, but really even that is too vague.

I know others have said there is a large wraith construct, but none of my sources are backing this now, fwiw.

For the release there are two new aspect exarch or p lord (not sure which) sculpts in finecast, and one named hq, these are all new scuplts, but could be old characters.

Ive been told guardians are getting a new box to make them and storm guardians. Again, i cant believe wed get so many redone plastics. But it makes sense on its own.

So to boil it down, from the new new dept could be 2 flyers, a dual build tank, a new large walker/mc, a few blisters, and a new aspect.

Then on top of that old models getting plastics.