In this group, one of the biggest topics is Daemons losing Fearless and Eternal Warrior. This has been a quiet theme running for awhile, and not the first time we have heard this, but now with it all together perhaps it can get the conversation moving.

The next big thing listed here is...... No more Demonic Assault. This means going back to a standard deployment. As far as I am concerned, I have never really settled with the idea of a complete deep striking army the way daemons currently do it, so this for me is a good thing, but I am probably not in the majority here.

So please remember that this is a part rumor, part what Tastytaste expects (he has some well placed sources for information regarding what may or may not be coming out.)

via TastyTaste from Blood of Kittens
I am one to think that they aren't coming out just yet, but maybe with the April release. With rules rumors being hard to come by let us look at some obvious ones right in front us and others not so much.

As most people realize Daemons will lose both Fearless and Eternal Warrior replaced with 5+ invulnerable and Fear. Eternal Warrior never really made sense in the grand scheme of things anyway because wouldn't Force Weapons be perfect to "banish" Daemons back to the War? As for Fearless, see a return of "instability" which is going to be close to 5th edition Fearless.

As I stated in a previous rumor GW is hell-bent on having each army hate something. Daemons are no different they just seem to hate themselves now.

Taking a look at the Chaos Space Marine and Warriors of Chaos books you can see where this is going. Each Chaos God units will hate a certain other god. This leads into the next rules change right in front of us. Depending on the Daemon's God it will determine the special abilities they get.

Other changes that will surely happen...

Flamers and Screamers are getting nerfed, but the real big change will be Deamons having standard Deployment rules: no more Daemonic Assault.

The big reason Deamons were fast tracked has to do with Alessio Cavatore. Chatting with a few inside GW there has been an everything Alessio purge, and Daemons are the last big chunk of Alessio material left. Yeah, I know it sounds kinda petty, but it was a major impetus to get Daemons done. Daemons will still primarily be an assault based army, but that is the nature of the models having to be used both for Fantasy and 40k. That means Daemons will rely on speed to get across the board. Expect Chariots, warp portals, beasts, cavalry, jump troops to help with all this. Then there is cover saves Nurgle is the first piece of the puzzle, but just like certain Dark Angel things expect a "Clouds of Flies" to provide bonuses to cover saves all around. Chaos Space Marines and Deamons ICs will be able to join each other as long as their gods match up.

Things have been spares from all rumor mongers, but a lot has to do with GW "renewed" lock down; translated GW rumor monger wack'a'mole.

At long last the details are breaking. Here's what is coming from Games Workshop in a few days and the exact contents of the launch wave.

A clampack that contains one highly detailed Citadel Finecast resin miniatureAvailable While Stocks Last
These Items are highly limited, please request the quantity you require and we will supply you as close to this number as we can.

A deck of 21 cards that contains the 6 spells for the Lores of Tzeentch, Nurgle and Slaanesh as well as their signature spells

A deck of 12 cards that contains the Primaris powers and 3 Psychic powers for the Lores Tzeentch, Slaanesh, Nurgle as well

via Matt (not his real name) from the Faeit 212 inbox
Now that GW have released their teaser trailer I can give you the big scoop of information I have been holding. This information has only been told to a view of us and you must realise that is why we had to wait for GW to make their move. So this is what I know in the way of rules, stats and points - their is a view upgrades but nothing to amazing.

blood without end- the bloodthirsters gain +d6 attacks on the charge and makes another strike at initiative step 1 for every wound he causes.
These extra strikes do not produce any further strikes.

Great unclean one : 260pts
WS BS S T W I A LD SV
5 4 6 8 6 1 4 10 6+
Daemonic gifts: plague sword of death, bloated body, aura of decay
special rules: daemon, slow and purposeful,my master gifts all,shrouded
plague sword of death - wounds everything on 2+ with an ap of 3 - turns characters into spawn
bloated body - the daemon has a 4+ armour save and a 3+ feel no pain on any weapon AP 5 or below.
aura of decay - the great unclean one has defensive and assault grenades and causes all enemy weapons to count as -1 strength (I believe this is ranged and
close combat)

my master gifts all - pick an enemy and friendly unit at the beginning of the game. The enemy unit gains -1 toughness and strength while a friendly plaguebearers count as +1 strength and +1 to there feel no pain rolls.


Wargear:
tzeench gift of betrayal -50pts (one use)
pick an enemy independent character at random, that model or unit must pass a leadership test with a -4 penalty or be removed after being sucked into the warp for tzeench amusement, models from codex: space marine, dark angels,black templars,grey knights,space wolves,blood angels take a -2 penalty instead to represent their resistance from the dark gods temptations.

nurgle's blessing (30pts)
pick a nurgle unit in your army, that model/unit gains +1 to their feel no pain roll.

sword of a thousand souls: 45pts
the bearer must charge every enemy unit and must challenge but gain +2d6 extra attacks on the charge.

dance of death: 40pts
pick an enemy unit at the beginning of the game, that unit must roll a initiative test every turn of the game or is under the control of the daemon player. The unit under control may charge friendly models but cannot move off the board or into any piece of terrain that can cause hard to the model. If the enemy passes the initiative test more than three times during the battle then the dance has been removed for the remainder of the game. 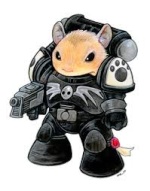 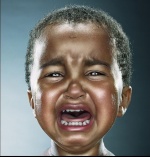