The holy grail of cheating – Weighted dice.
Everyone has thought about it, or maybe even heard about someone who heard about a friend who knew a guy who saw someone using weighted dice back in the 80s. It’s one of those legends, a street rumor that goes around gaming clubs with no real tangible evidence.
Well I got to witness it first-hand.
Let me go back to September of this year, when I was at the Penny Arcade Expo in Seattle Washington. Chessex has a booth there with all of their dice. Tens of thousands of colored cubes and geometric shapes. As I was standing in line to purchase some more dice, I noticed they had a tray sitting aside. “character rolling dice” they called them. They were D6s that rolled either a 1 or a 6 almost continuously. They are EXTREMELY obvious. But only once you know what to look for. They are larger than a 16mm dice, they have no divots on the pips and they have a very silver looking pip color. They look oddly wobbly when you throw them, like some odd magnetic force is grabbing them. Oh, and they roll a six (or a one), almost EVERY time.
Back to reality. It’s round 3 of Beaky Con. I’m happily setting up my deployment area and I’ve looked over my opponent’s army list, he’s a nice enough fellow. “Ok” I say. “Let’s roll for who goes first”.
I rolled something dismal. A 2 I think.
He tosses out his roll. A 6.
There it is. The character die.
At this point I’m almost amused. It can’t be can it?! Weighted diced?!
I snatched the die up and exclaimed “This is a weighted die!” I rolled it 3-4 times. 6, 6, 6.
I call the judge over. “Roll this 5 times, tell me if you don’t get a 6 every time.”
Sixes. All of them.
At this point, I have stated clearly that I am refusing to play this player. I’m pretty livid. He’s going off about how he has never seen that die before. It’s not his. He got it out of a bin of dice. A friend gave it to him. He’s never used it before. Things are heated. I’m pretty fucking pissed.
The judge asks if he used it to roll in the game. Yes.
“Well then the only choice is a full DQ”.
That’s good I guess. Right? I ask what I will be getting. Full points for the mission. I’m not really happy either way. I mean, I didn’t earn those points. I miss a game.
My opponent asks if I want to play anyway. I laughingly refuse and leave the room to get some air.
In retrospect there are several things that are upsetting about the entire ordeal.
First, it doesn’t matter that there was only one die. You only need one die. Roll a 6, go second, deploy reactively then seize the initiative with a 6. Boom.
Need that penetrating hit on a landrader? 6. Need that vehicle damage result to be guaranteed? 6.
The rest of the dice don’t even matter at that point. It only takes one die to ruin the game.
Secondly, I feel that the player should have been ejected from the tournament. I will not go into specifics but I feel that if this player had been a no-name player, instead of someone who the TO and judges new by name, that he would have been ejected. I don’t know, but that’s just my stance.
I know the judge, he’s a really nice guy who I play regularly. But I wasn’t happy with how the player was treated. It was like “well, he only used it once so, he’s DQed from prizes and you get full points but yeah that’s a little crazy.”
No, it’s not crazy. It’s cheating. IT’s not even funny and it should be dealt with to the harshest extreme possible. Ejection, and denial to future events. What would the result have been at NOVA or Adepticon?
My opponent was allowed to play on day 2. If weighted dice is a measure of one’s willingness to cheat, what else is he doing? Did the first 2 people he played on day one have their game ruined by seemingly amazing rolling?
Later, the player came to me to ask me not to tell anyone. That he was embarrassed and nothing like this had ever happened and that his weekend was ruined as well as mine. He was crying now. I shook my head and walked away.
I’m not a very sympathetic person to players who cheat or use a “oh, I didn’t know that rule” to gain advantages against less knowledgeable players. I play this game to have fun, and most of my opponents were stand up guys who I would happily play against any day.
So where does that leave me? I guess I have a choice. I can name this player, and he can be shamed or whatever. But he knows who he is. The players at Beakycon know who he is. If his name is on the list at any tournament, I know I will not be attending.
There it is. Myth busted. The old weighted dice tale given life and in the end at least I have a good story to tell right?
–Altmann
_________________
Be rancio, my friend... 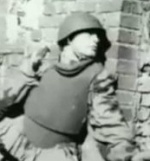