Hi, Here are the first pictures of the hotel buildings for your conventions Mogadishu table. Note that the buildings is slightly based on the Olympic Hotel as seen in the movie Black Hawk Down but has been put together with a large portion of artistic freedom

I made use of the nice shape of the structure but altered the sizes to make the pice playable and sturdy enough for handling. 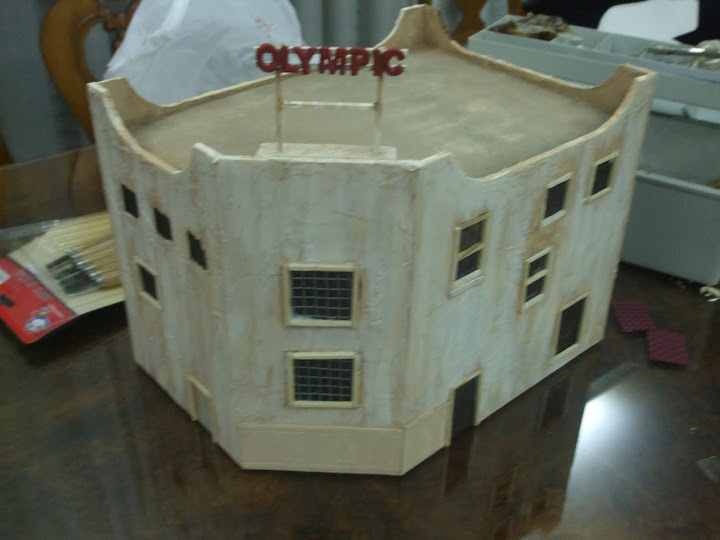 The first picture is the reference picture from the building on which the building is base. Another building will be added to one of the sides to make it even bigger but both buildings can be used individually. As you see much work is still need such as adding window frames, details, texturing, smoothing the edges of the foamboard, etc, the buildings will be primed as Guillermo decided to paint it up himself 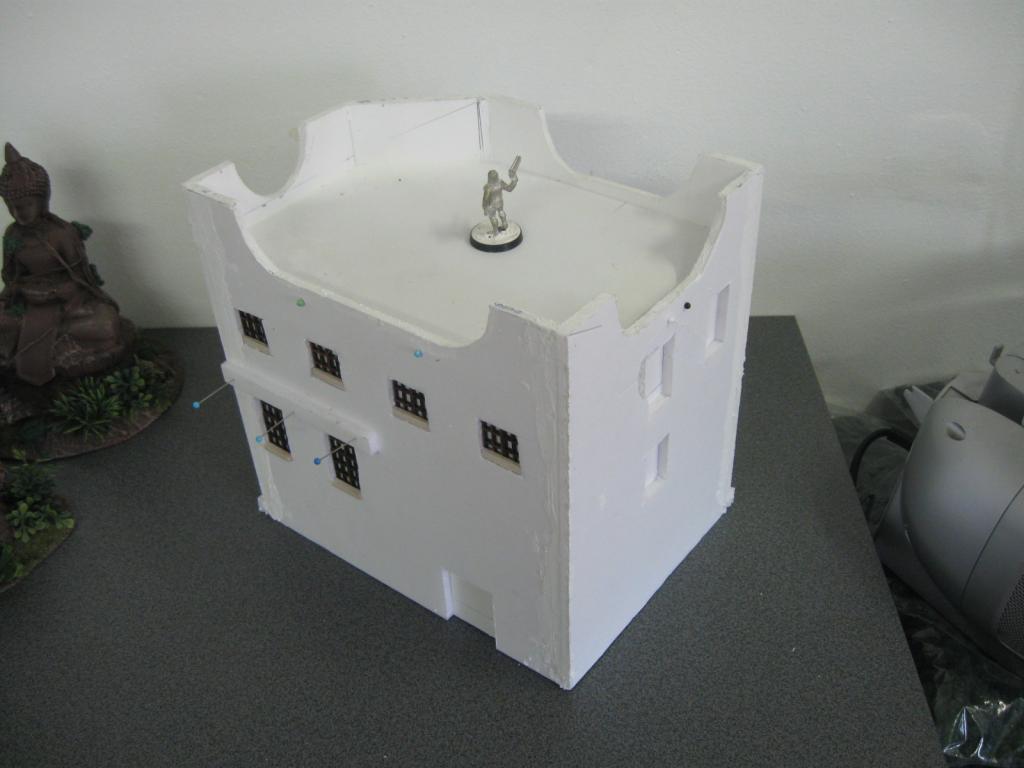 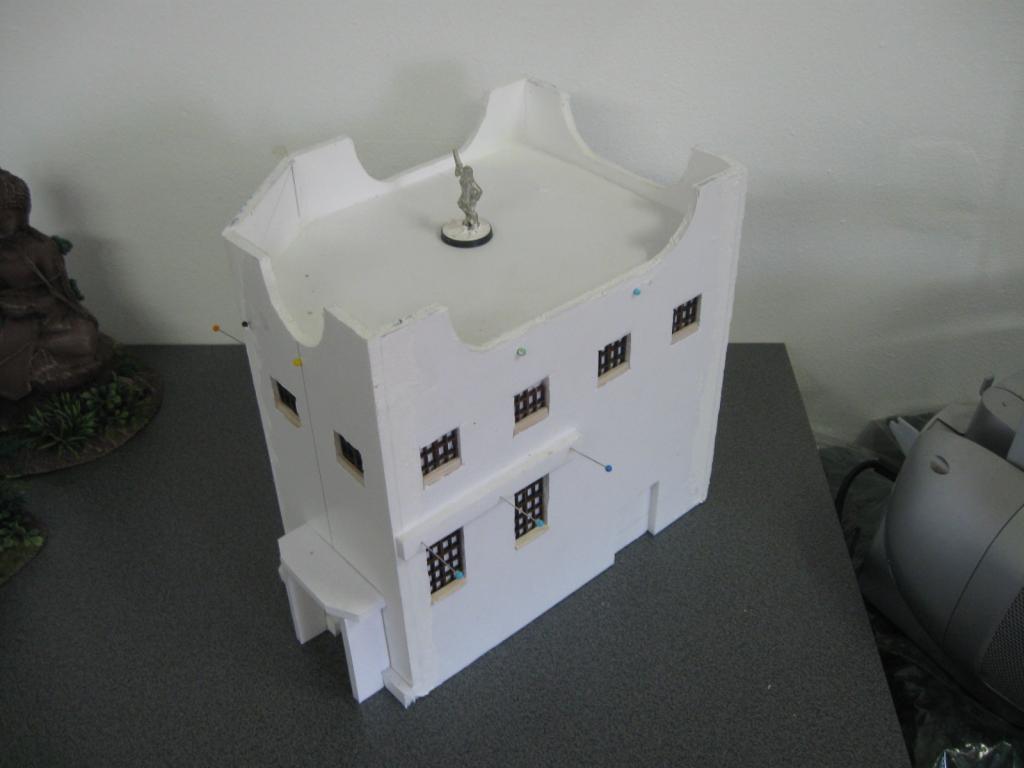 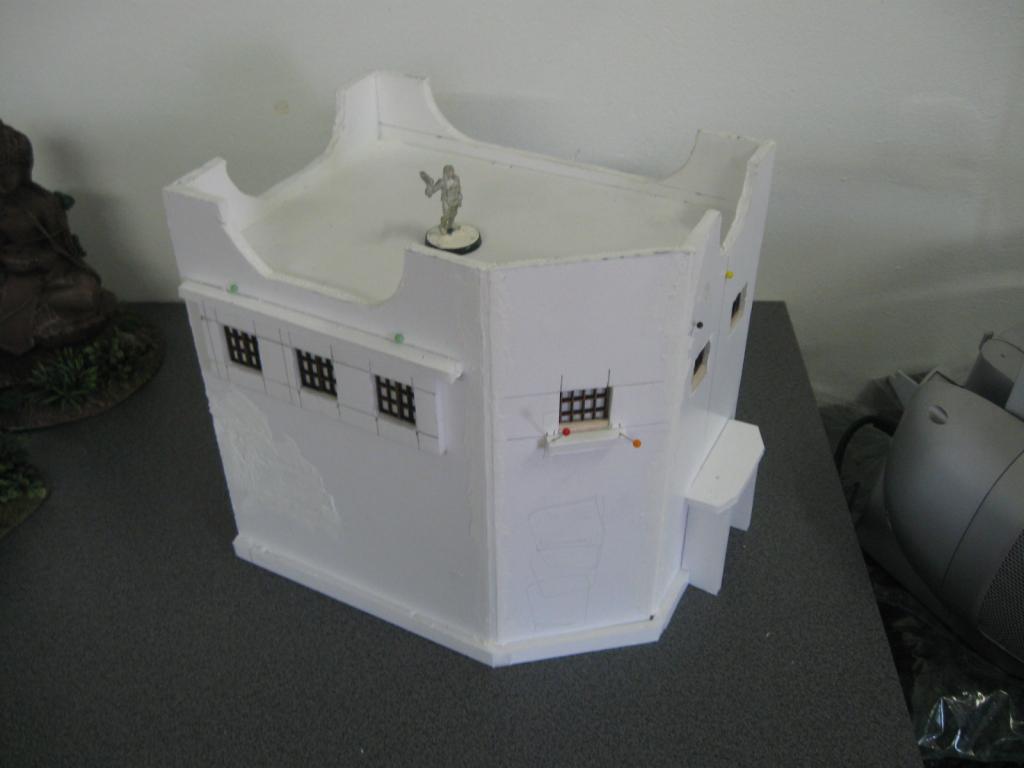 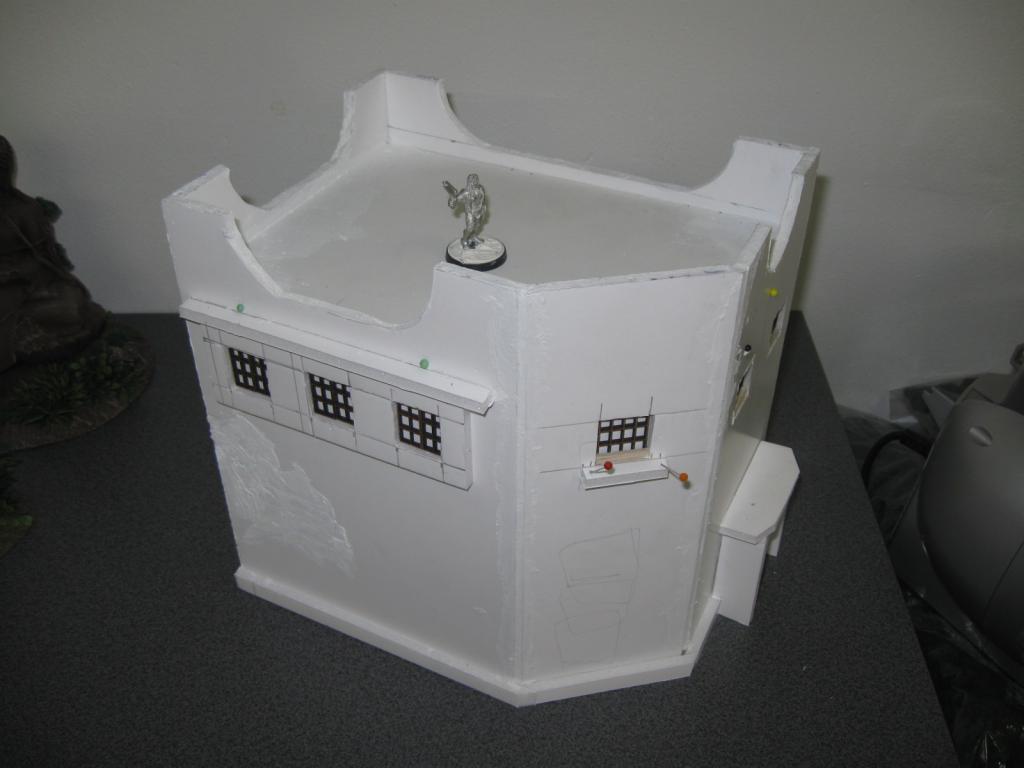 If other clubmembers are also interested similar or other terrain such as spanish napoleonic village. Contact me as you might be able to save some postage if I combine the shipment of several orders. Here's a picture of a recent spanish village commission for a UK based customer. 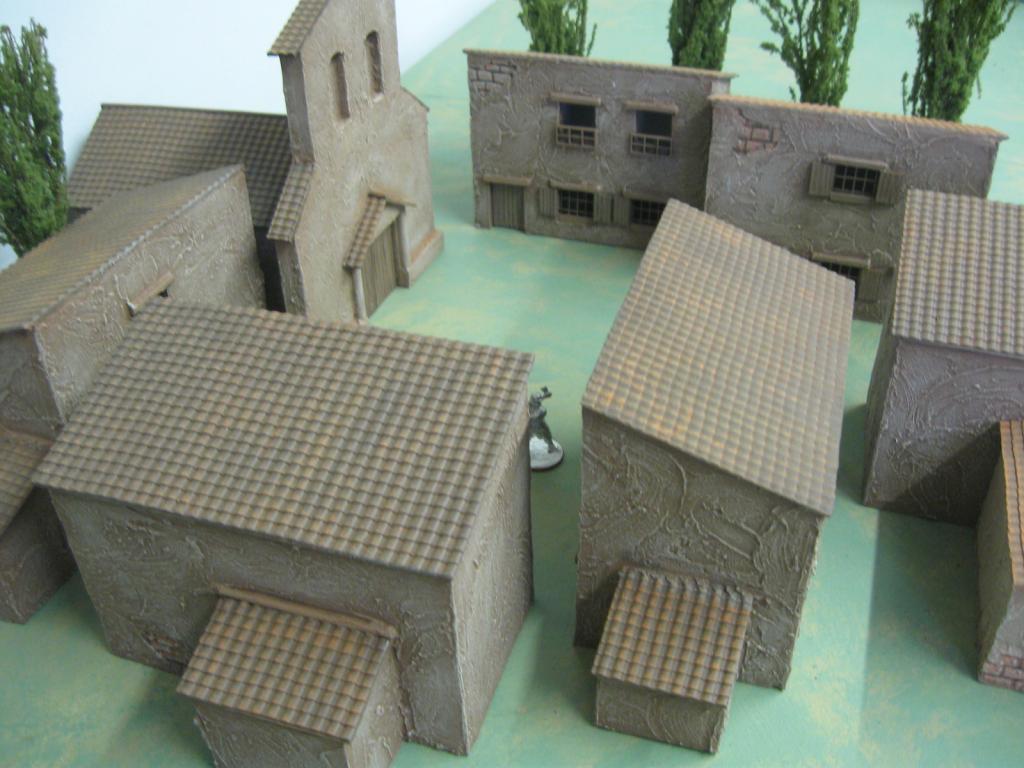 Hi Timmy, glad to see you here! I'm pretty sure that combined with the crashed HeLo and the rest of the buildings the Mogadiscio table will be stunning.

The spanish village is also very nice, for napoleonics based games or the new "1650" game...hummm...

The side building is almost finished but still needs some details such as a door, etc 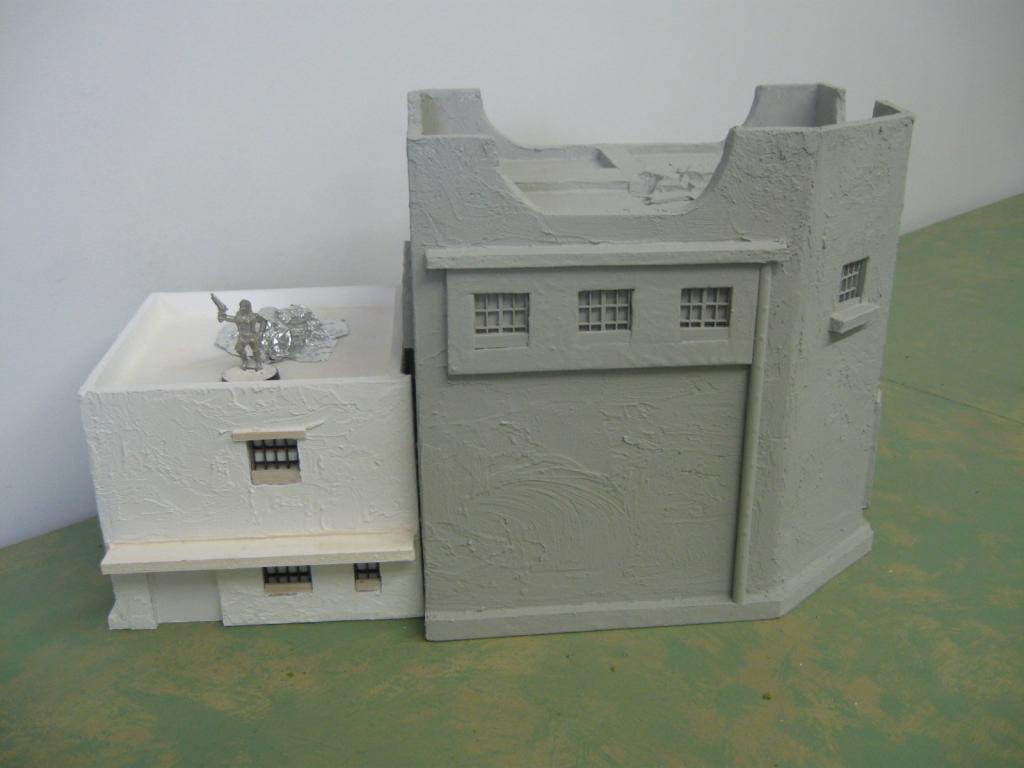 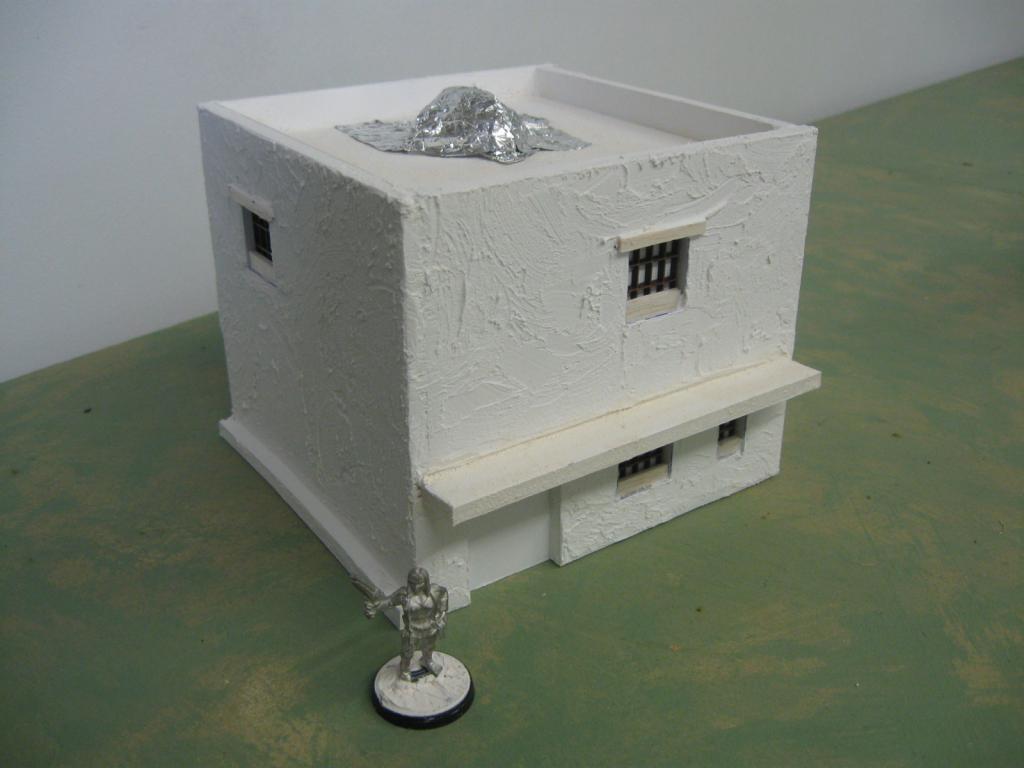 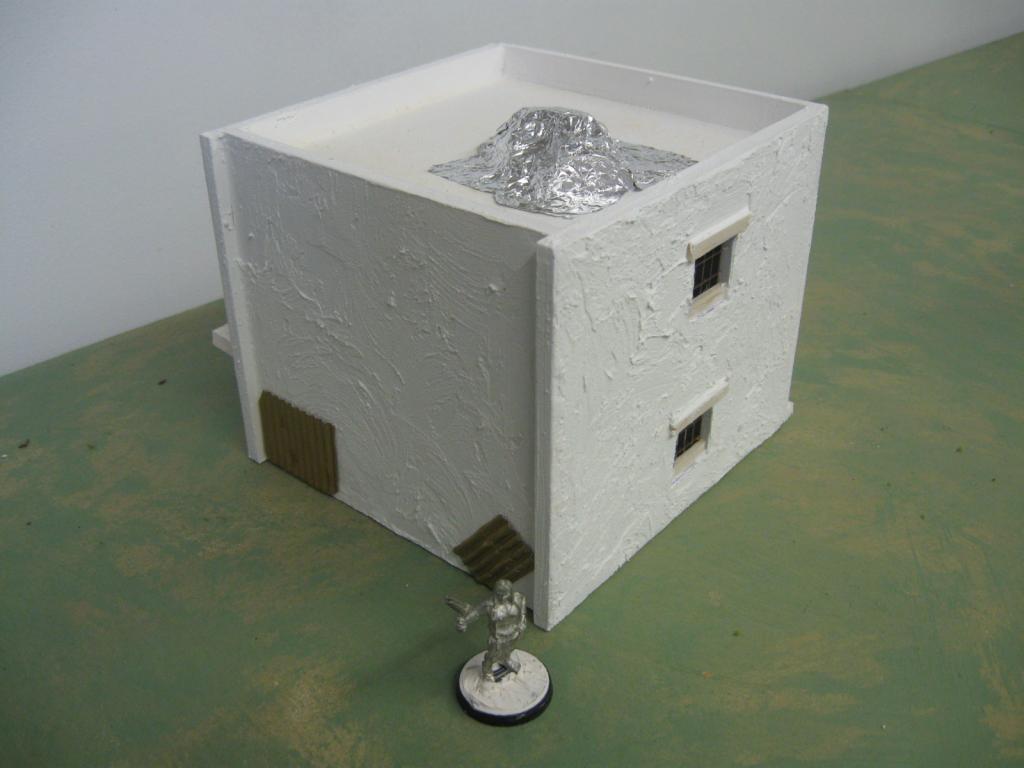 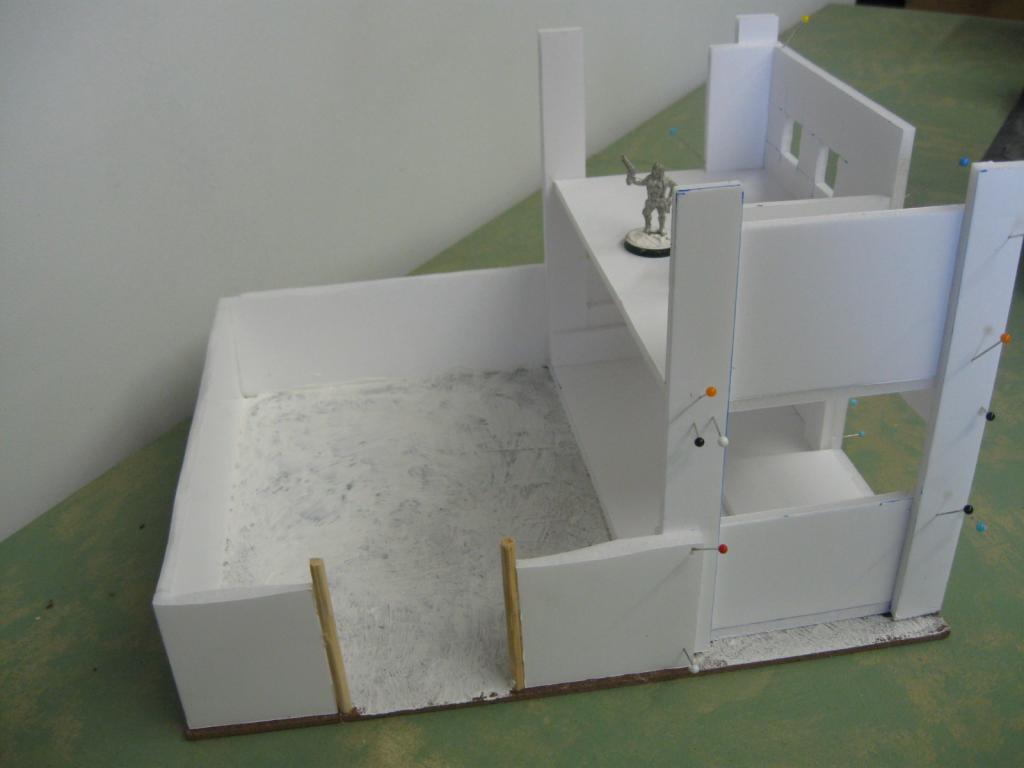 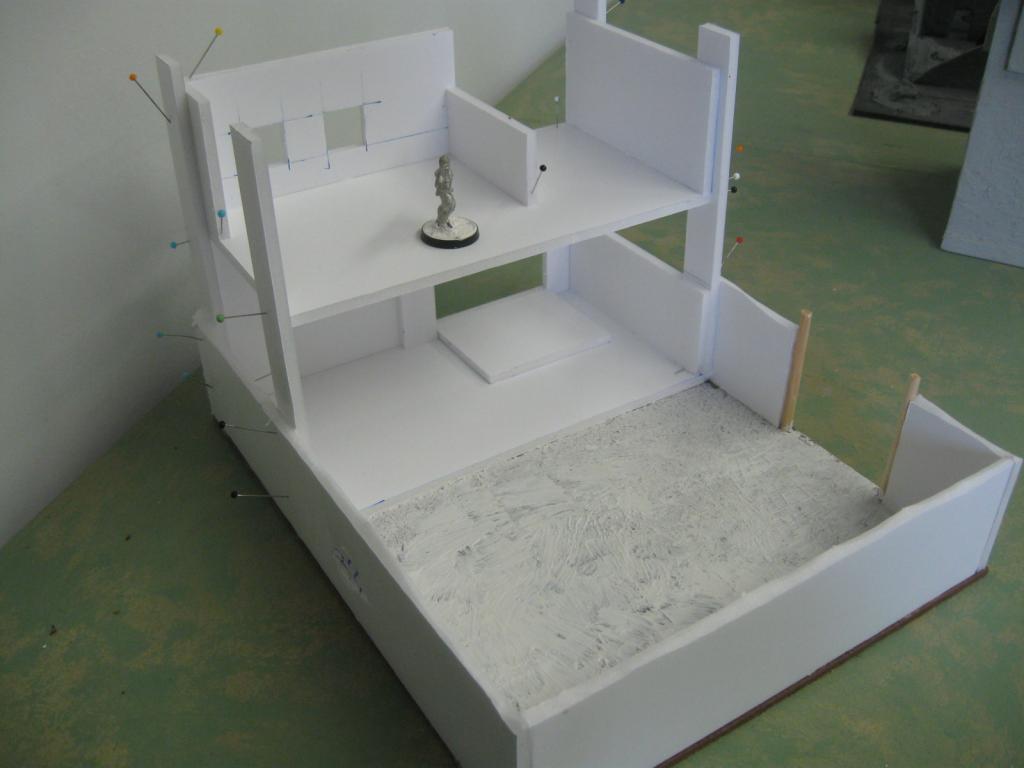 Cheers and I hope you like the look and progress!

How is the texturing made? My texturing is a bit more "gross"..

How is the texturing made? My texturing is a bit more "gross"..

Hi, The texturing depends but the side house was textured using ready made filler applied with a spatula.

But you didn't use sand or something to the texture itself? it's just the ready filler? (water based right?)

Lord Claisen escribió:But you didn't use sand or something to the texture itself? it's just the ready filler? (water based right?)

In the meanwhile here are the finished pictures of all the buildings and the recently finished construction site. 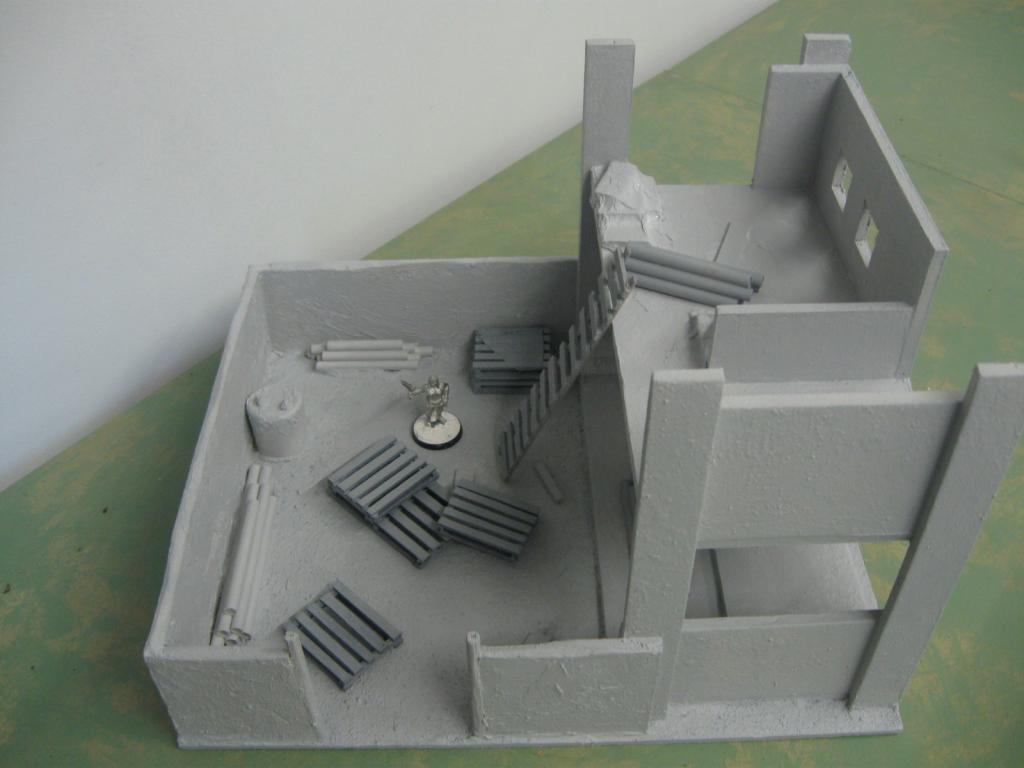 View of the back with large entrance 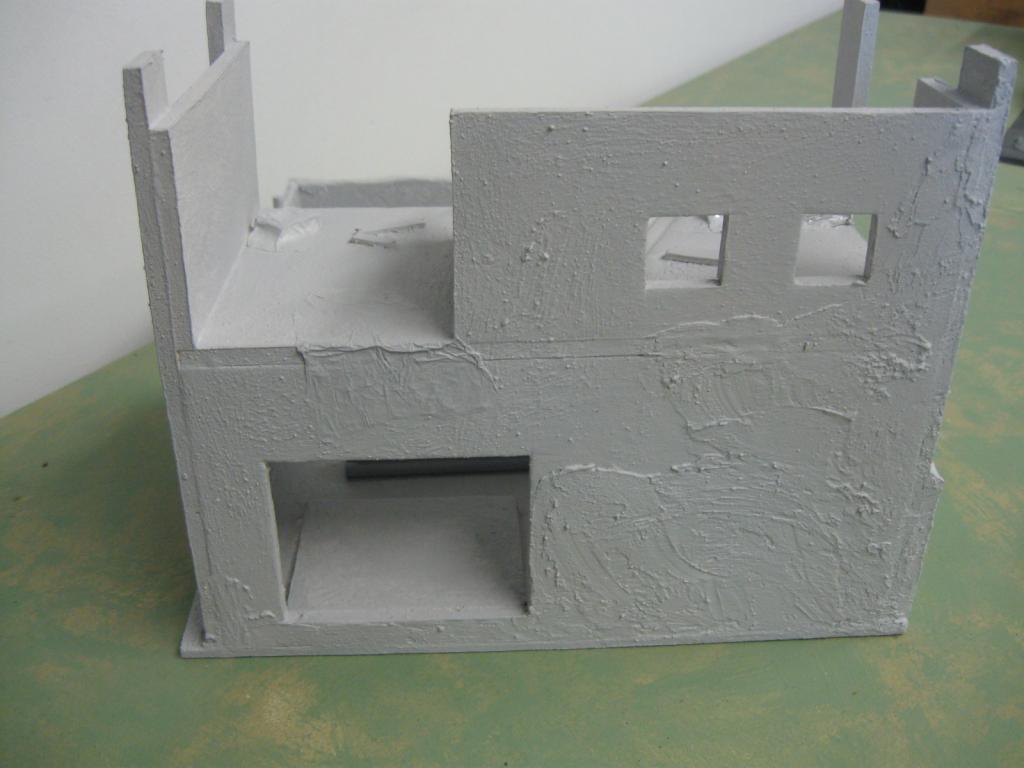 View of the loose bits and pieces including pipes, pallets and a ladder to access the upper level of the site. 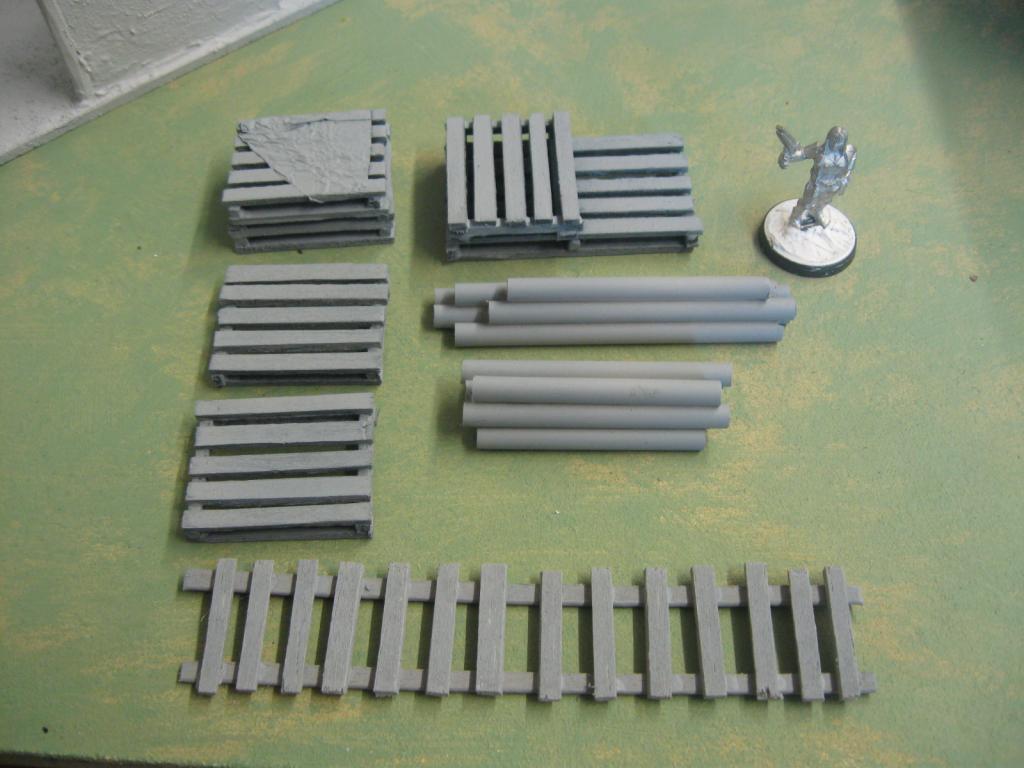 Some pictures of all the buildings together! 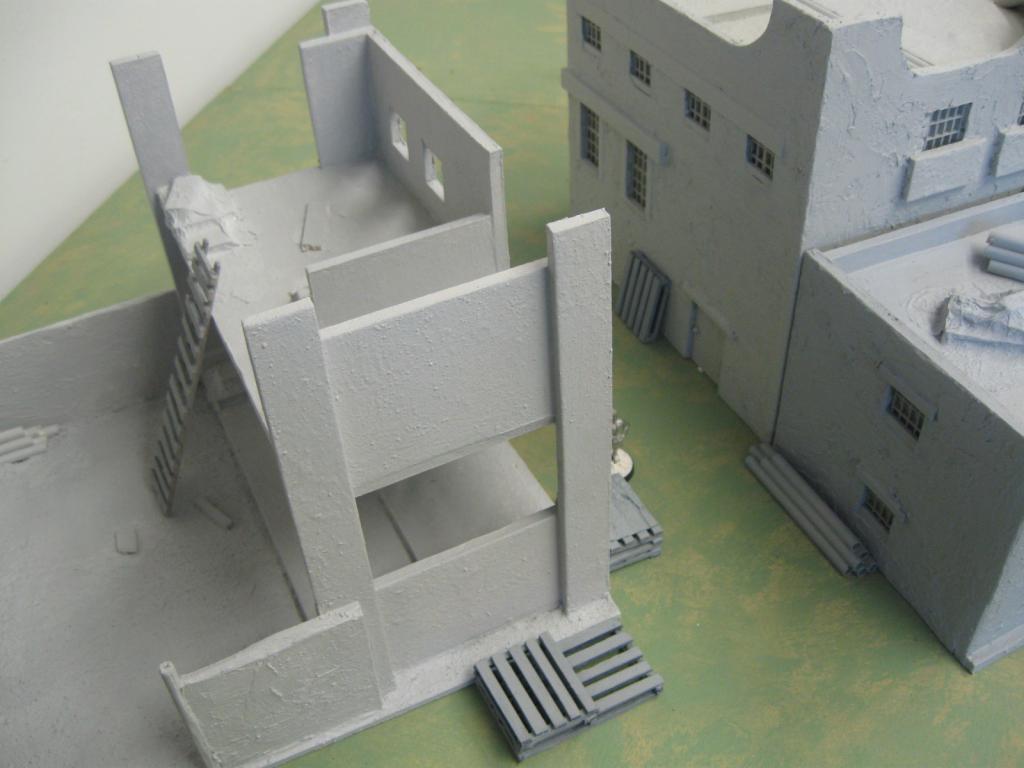 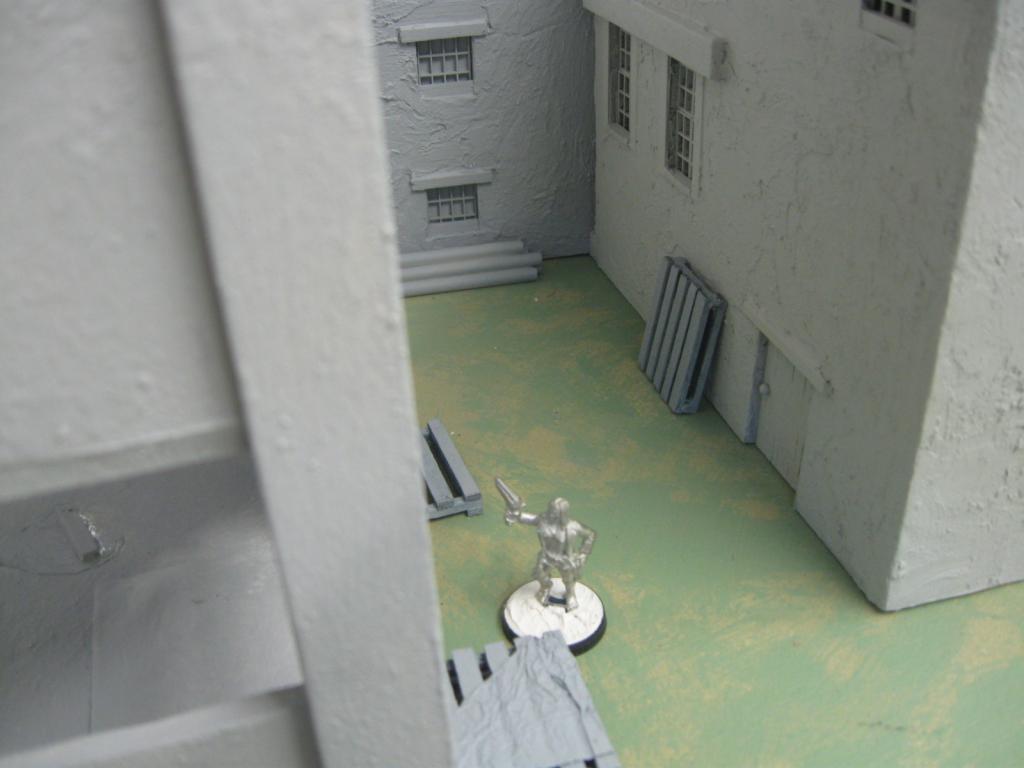 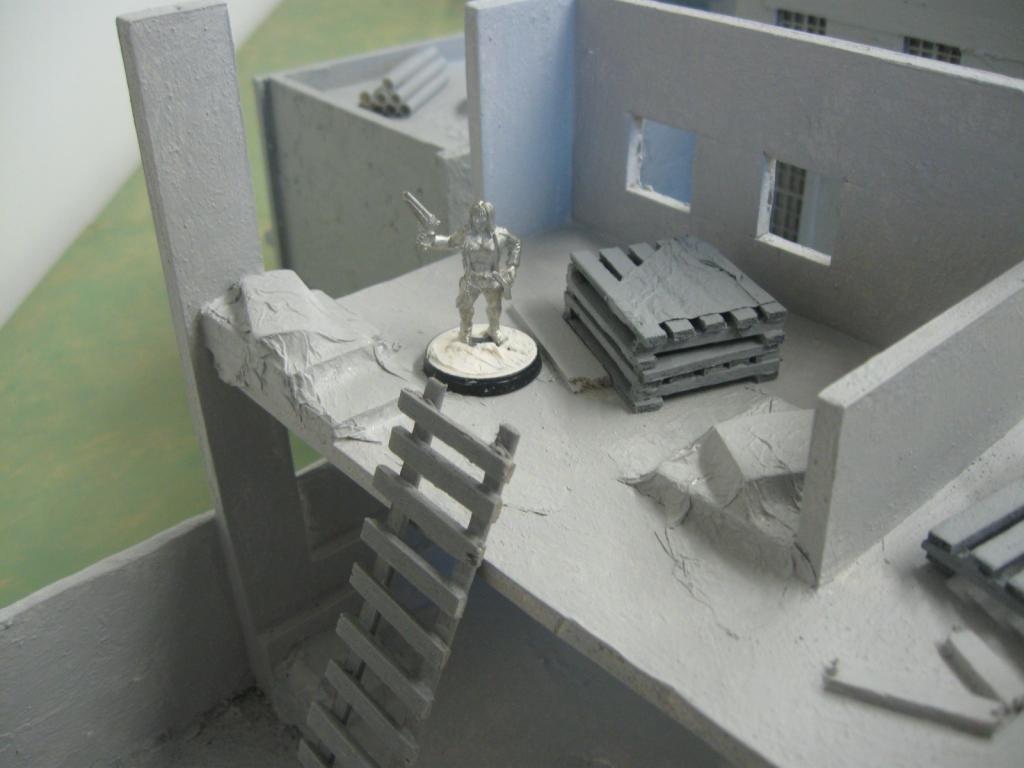